I haven't posted in a while because I've had a lot of family stuff going on. I also haven't made too many cakes recently besides a tiny smash cake for a friend, and a birthday cake for my daughter.

I love memes, and I'm kind of surprised no one has made cake memes before. Here's two I made recently: 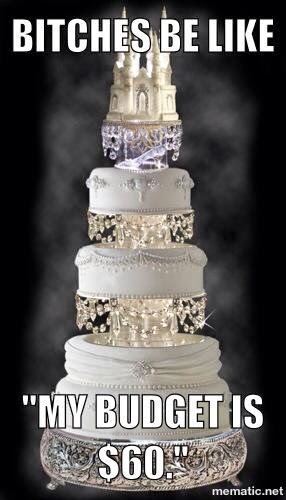 I know, I know, "bitches" isn't exactly eloquent, but I'm just going with the language of memes, ok? 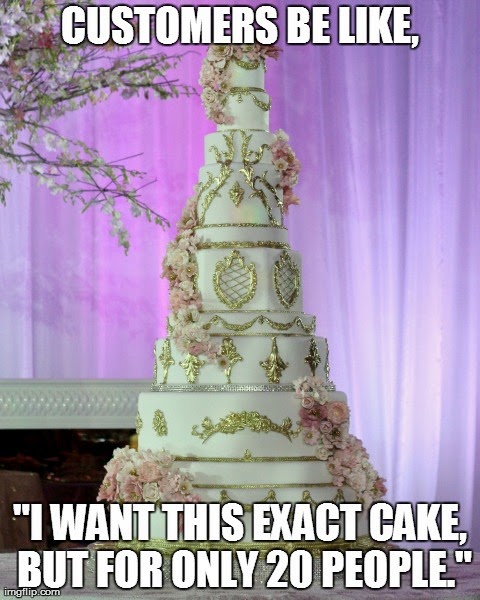 Some decorators are quite handy at making small cakes, but if you only need to feed a small amount of people, don't expect your decorator to be able to give you a 5 to 7 tier cake. Also, you're going to pay for the complexity of that cake no matter how small.

I'll make more eventually. They're quite fun to make. :)
Posted by The Broken Cookie Cutter at 1:54 PM

Email ThisBlogThis!Share to TwitterShare to FacebookShare to Pinterest
Labels: For The Customer, For The Hobbyist, For Your Business

Some Info on the Author

Alexis Oltmanns is the founder of Ambrosial Affections on Facebook, located in Yuma, AZ. She is self-taught, using online classes, and online forums for advice. She is focused on making cakes and sweets for her friends and family, but plans on one day opening up a bake shop in her hometown in the near future.